An incredible line-up at Heritage Day! 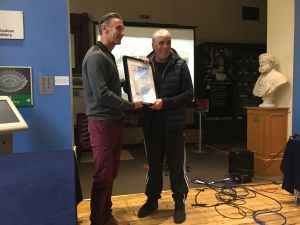 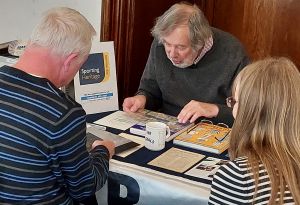 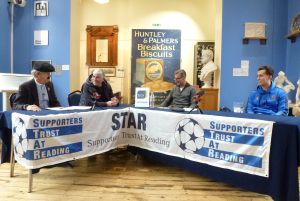 An incredible line-up at Heritage Day!

Yesterday (30th September) was National Sporting Heritage Day so STAR and Reading Museum combined to put on a programme of events. Why not, as it’s our 150th anniversary. The whole day was supported by a grant to STAR from Sporting Heritage. #NSHD2021

Our picture, courtesy of Reading Museum, shows the incredible line-up put together to discuss the subject of “what it was like to play in your day”. Tom McIntyre (2019), Ady Williams (1988), Neil Webb (1979) and Brownlow Haygarth (1872, and appearing as if by magic) compared pay, injuries, travel, greatest moments, debuts, alcohol or the lack of, and training or the lack of, in an hour-long session that revealed many startling differences. Neil’s mother, Joan, herself a former employee of the club, chipped in from the audience.

The event was filmed before a small, invited audience because of Covid restrictions and will be available to view on Royals TV / You Tube next week.

Ady Williams then presented Neil Webb with his Hall of Fame award – Neil was inducted in 2020 but hadn’t had the chance to receive it yet as we ended up having to do the event online in March 2021.

Roger Titford introduced a short film called ELM PARK ELM PARK, focusing on the last year of Elm Park and giving a true fan’s eye view of what it was like to be stood on the South Bank terrace – which should be an ‘education’ for younger supporters when shown again later in the anniversary season.

And in the museum foyer David Downs, Reading FC historian, held a football antiques roadshow which was featured on BBC South TV last night. Fans brought in rare and interesting items – from Ivar Ingimarsson’s used shinpads to a 1929-30 fixture card – to be assessed for the forthcoming 150th anniversary exhibition which will open at Reading Museum in February 2022.

Edited down to 12 mins, here’s the best of fascinating finds, with thanks to BBC Radio Berks / Sounds https://www.bbc.co.uk/sounds/play/p09xt27z .

Huge thanks to Reading Museum for staging the event, Paul Allen for producing and recording the show, STAR members for assisting on the day, fans who brought along treasured memorabilia and Sporting Heritage for supporting financially. National Sporting Heritage Day is of course a national event and we were one of only two league clubs to be part of it.