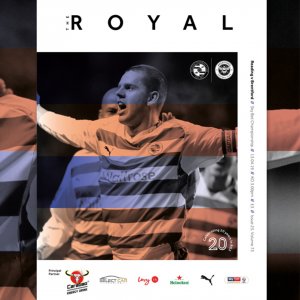 Like any volunteer organisation we’re always on the look-out for new talent and energy. In the past couple of years five new members have joined our Board but we’re always looking for more recruits and our annual nomination process (which could lead to an election) takes place now, with a closing date of 31 May 2019.

STAR is a strong supporters’ trust with nearly 1200 members this season, money in the bank and good relationships with the club and the wider football community. There is scope for individual board members to push their own ideas or connect with campaigns such as safe standing or fairer ticket prices. Equally we’re aware of the need for STAR to become more tech- and social media-savvy.

Our Board meets monthly, on the second Thursday of the month, from 8-10pm at the stadium and we’re on the edge of enabling remote conferencing participation technology.

To put yourself forward for the STAR Board you simply need to be a current member aged 18 or over and nominated by two other STAR members. The formal ‘terms and conditions’ you’ll find in our forthcoming issue of Reading Matter, our members newsletter – or please enquire at STAR Base.

Player of the season

One activity that STAR helps to organise is the supporters’ Player of the Season vote. You’ll find voting cards and ballot boxes on the concourses at today’s game and again at the West Brom game on Easter Monday. If you miss both those opportunities you can vote online via the Reading FC website.

Although our U23s succumbed to Bayern Munich in the semi-final of the Premier League International Cup we have secured one cup final berth – the Berks & Bucks Challenge Cup. Bayern may be new on the menu for us but our opponents in this competition are our oldest rivals of all – Marlow.

We first played them in 1873. The first four matches ended 0-0, the fifth 1-0 to Marlow with a highly disputed goal and press controversy. Consequently the clubs refused to play each other for another three seasons until brought together in the first ever final of the Berks & Bucks Cup in 1879. We won 1-0 to claim our first ever trophy; we’ve only won it twice since (1892 and 1995).

Marlow’s payback was enduring. They went 22 matches unbeaten against us and put us out of the B&B Cup eight times in a row! As an amateur club they were very strong and reached the FA Cup semi-finals in 1882. It was not until 1890 we beat them again by which time we were on our way to professionalism and Swindon Town had become our main rivals.

The 2018-19 final is due to take place on Bank Holiday Monday 6th May but at the time of writing there is some doubt about the eligibility of Marlow players earlier in the competition. Ironically protests were very much a feature of the competition in the 1880s!

INTRODUCING ROGER TITFORD
Roger Titford is one of STAR’s Deputy Chairmen and the organiser of our Hall of Fame. He is a regular writer for the national football magazine When Saturday Comes and his latest book ‘Roy Bentley’s Stationary Club’ – about Reading in the 1960s – is out now and available from the Megastore.