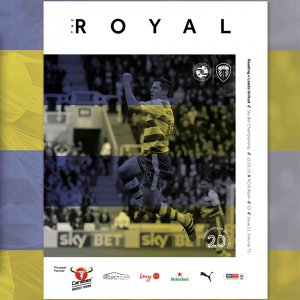 TODAY WE HEAR FROM ROGER TITFORD – STAR DEPUTY CHAIRMAN
JOSE AT THE FORUM
It was great to welcome Jose Gomes to his first Fans’ Forum on 28 February. He kept us entertained for a full 90 minutes and raised a fair few laughs in what is his second (third? fourth?) language. You can read a highlights summary on STAR media (our website, Facebook page) and even see a three minute taster video on the club website. But if you want the full effect next time please join STAR. We’re looking to fit in one more Forum, if we can before the end of the season with current players.
MOMENTUM AT THE MADSTAD
Since Jose and the five loan players arrived it’s fair to say we’ve seen a shift in momentum here at the Madstad. Eight points from four home games, back to back victories and three points clear of the relegation zone. At last an away win at Ipswich and rapturous scenes at the end for the late winner among a large travelling support. Academy lads making the first team and the U23s in three different cup semi-finals. Club 1871 growing in numbers and noise.
We’re on a mission, okay it’s only a survival mission, but it’s a crucially important story that we can all get involved in and contribute, with our support home and away over the last ten matches, to a happy ending, hopefully. There are tough fixtures, not least tonight, but it’s a division where anyone can beat anyone as Leeds found when they last encountered blue and white hoops a few games ago at QPR.
PLAYERS AT THE HALL OF FAME
Here’s the final call for STAR’s Hall of Fame evening this coming Sunday, 17 March. We’ll have half a dozen playing heroes from our distant and recent past along with noted guests to see the next 25 names inducted. It’s a celebration, a chance to enjoy a slice of our long history and mingle with those who help make the club what it is – players, officials, supporters, collectors, websites. Doors open 6.30pm for 7pm start and entry is free to all Reading supporters. 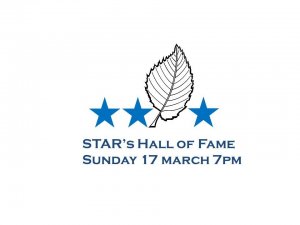 INTRODUCING ROGER TITFORD
Roger Titford is one of STAR’s Deputy Chairmen and the organiser of our Hall of Fame. He is a regular writer for the national football magazine When Saturday Comes and his latest book ‘Roy Bentley’s Stationary Club’ – about Reading in the 1960s – is out now and available from the Megastore.