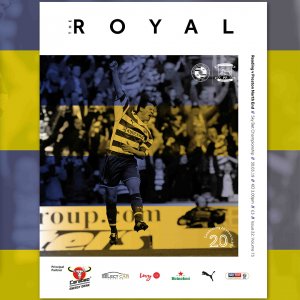 TODAY WE HERE FROM KEVIN LENTON – STAR BOARD MEMBER

PITCH INVASIONS
The recent assault on Jack Grealish, during Birmingham City’s home fixture against Aston Villa was disturbing to say the least, and made worse by some Birmingham fans applauding. This followed the incident of a man leaving the stands and confronting the Rangers captain, James Tavernier the previous Friday and a recent pitch invader at the Emirates Stadium.

We at STAR, like other football fans, the authorities and media condemn such actions and support the lifetime bans, and in the case of the Birmingham “fan”, the 14 week prison sentence he will serve.

Why so many occurrences now? I believe that there is an element of “copy-cat” fuelled by television comment and social media. Back in the day when there was a pitch invasion on Match of the Day, the BBC would deliberately not show it and say “we will not give them the satisfaction” Whilst TV broadcasters generally hold the line the images are repeated and retweeted in increasingly important social media, giving the culprit the spotlight and “their day in the sun”.

Are these events influenced by alcohol or drugs?  In court, the Birmingham man said that he was not intoxicated and extraordinarily did it as a joke with his father who was with him at the time. In other cases the invader may not be so “clear-headed”.

What can be done to prevent these invasions? Some are calling for ground closures and/or point deductions. Imagine if there was an incident at Reading, and sufficient points were deducted to relegate the club!  The club and all Reading fans would be punished due to one individual’s action. And in the case of one televised pitch invader at the Madejski Stadium in recent years – he wasn’t even a Reading fan. Whilst ground closures have had their place in years gone by STAR believes points deductions would be a ludicrous, disproportionate and perverse punishment.

But strange and bad decisions can happen. We urge all Reading fans not to put our club at risk. Stop your friends doing something silly and do not egg them on.

HALL OF FAME INDUCTIONS
Many thanks to all those who contributed to a very successful Hall of Fame evening on 17 March – in particular the Former Players Association, the club media department, our joint-compere Paul Allen and of course our honoured inductees. You can see the full list of the 25 new inductees on the STAR website.

STAR BOARD ELECTIONS
Each year a number of vacancies occur on the STAR Board and we invite members to consider standing for a place on the Board for 2019-20 and onwards. We’ve made the process as easy as we can. For details please email secretary@star-reading.org and the closing date for receiving nominations is 31 May 2019.

Introducing Kevin Lenton
Kevin Lenton is a STAR Board Member, season ticket holder and supporter for 52 years. He is married and lives in Wokingham where he is an Executive Committee member of the Wokingham Society. Kevin is also a Committee Member of the Campaign For Real Ale (CAMRA) Berkshire South East Branch.