Royals commit to 1,000 free tickets to for NHS workers when football resumes 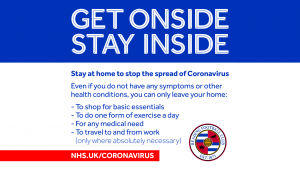 Reading follow Brighton’s lead to become the first EFL club to commit to the gesture started on the south coast.

The Royals have followed Brighton and Bournemouth’s lead in offering a minimum of one thousand free tickets to front line NHS heroes currently fighting the coronavirus on our behalf.

Brighton & Hove Albion decided on the donation of free tickets earlier this week and subsequently invited other Premier League, EFL, Scottish and Northern Irish senior clubs to consider follow suit with an appropriate number of tickets, either for one specific match or spread across a number of fixtures when football resumes and NHS staff are able to attend games.

Albion Chief Executive and deputy chairman Paul Barber suggested a club-to-club baton approach and nominated fellow south-coast Premier League club AFC Bournemouth as the next in line. Cherries’ chairman Jeff Mostyn quickly rose to the challenge and they have now passed the baton on to us.

And the Royals are proud to be the first EFL club to commit to the initiative.

“We fully appreciate football is the last thing on anyone’s minds at this moment,” Barber said. “But we feel this is a small way in which we can show our gratitude for those NHS staff on the front line who are fighting the battle on behalf of all of us and give them something to look forward to.”

We wholeheartedly agree. Nigel Howe, Chief Executive at Reading Football Club, said “This is when community matters. As and when football resumes, our turnstiles will be very much open to any frontline NHS worker who helped fight to save lives in such difficult circumstances.

“We are delighted to match this gesture, which started on the south coast with Brighton and Bournemouth but will hopefully stretch to all corners of the United Kingdom – and we will gladly
pass the baton to another club and encourage the football family to come together to reward those who are sacrificing so much in the battle against this global pandemic. Full details of how the tickets will get directly into the hands of those NHS key workers will be announced in due course and this will start to take shape once we know a little more clearly when to expect football to restart for fans in the stands.

For now though, the best way we can help our NHS staff, is by staying at home in a bid to save lives. 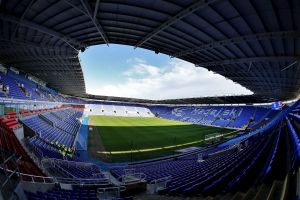