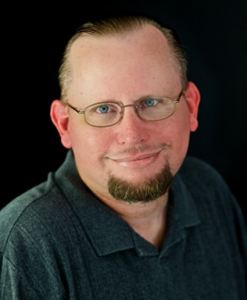 An American on Coach 1

Hello, I’m Eric Maddy. I’m an American fan of all sports but particularly soccer – er, football – and I decided a few months ago to visit the home of my favourite sport for the first time. A January trip seemed to fit best into my work schedule, and so I decided to take my chances with the winter weather and plunge ahead with my first overseas venture.

Since I was looking to see games at a wide variety of levels, I explored beyond the Premier League and looked for games to attend outside of the top league. One of the matches I targeted early on was the Nottingham Forest-Reading game. On that Wednesday, there weren’t any games scheduled in the London area where I was based, which made getting back the same evening difficult. So I explored other possibilities online. I came across the STAR page and figured that if taking the coach with STAR was an option, it would work out very nicely. I sent an e-mail that very night, and Roger Titford and Paula Martin were extremely helpful in helping me join STAR, obtain a match ticket and making coach arrangements. I took the train from Paddington to Reading and met the coach at West St for the trip to Nottingham, thus I never got to see the famed Madejski Stadium.

The game ended up a tight one, with no scoring for the first eighty minutes, and Forest’s goal being answered by Reading three minutes later for the draw. I had hoped to see fellow-American Matt Miazga in action, but he was an unused sub on the night. I was blessed with the opportunity not only to see a game at another level and in another city, but also to enjoy the coach ride through a country that I’d never seen before.

In the event, I saw nine games in nine days (seven in metro London along with excursions to Nottingham and Hull), and my little junket could not have gone better.  I also caught Premier League games at Chelsea and West Ham, Wimbledon in League One, FA Cup ties at Hull and QPR, a game in the Combined Counties Premier and women’s matches at Charlton and Ashford Town. The rain mostly held off, all of my games and travel went as smoothly as it could have, and I’d like to thank Roger, Paula, and STAR for being a part of making that possible.